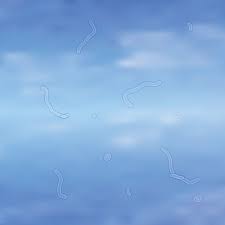 Eye floaters are small, blurry specks or cloudy areas which suddenly appear in your field of vision and then go away. Floaters are small clumps of gel that are literally floating in the vitreous gel that fills your eyeball. Since they’re inside your eye, they tend to move with your eyes when you try to focus on them. What you’re actually seeing are the shadows these clumps of gel cast on the eye’s retina, which is its light-sensitive area.

By themselves, eye floaters are not threats to your sight, though they can be annoying because they appear as you’re trying to read or watch TV. You might also notice them when you’re looking at a plain background, like a blank wall or blue sky.

Once you notice an eye floater, you’ll probably start seeing it over and over. People who have reached middle age are more prone to eye floaters than those who are younger. It’s a natural part of growing older. But eye floaters may also occur in everyone who

As mentioned above, eye floaters are generally harmless, and there’s not much that can be done to get rid of them. In many cases, they even fade or go away with time. The vitreous gel that is in the eye tends to absorb some of the floaters through natural processes, which reduces the shadow cast by the floater. Sometimes, the brain adapts to them so they become less noticeable.

YAG laser surgery may break up floaters in some cases. But the risk of using a laser inside the ear can potentially cause more problems than it solves, especially if the eye is generally healthy otherwise. For this reason, most doctors are unwilling to perform surgery except in the rarest of cases. Sometimes wearing contact lenses that minimize the eye-dryness, may prevent the appearing of eye floaters.

Some people believe that certain herbs, vitamins, and iodine-containing products help decrease eye floaters, but this has never been proven in clinical trials. There are no oral medications or eye drops that have been shown to be effective in studies.

When an eye floater appears, you should definitely see your ophthalmologist, especially if more than one appears and they are followed by light flashes or some other irregularities in your normal vision. This can refer to a detached retina or some other eye problem. The ophthalmologist depending on the problem may prescribe you different medications, contact lenses with a certain color scheme or glasses.