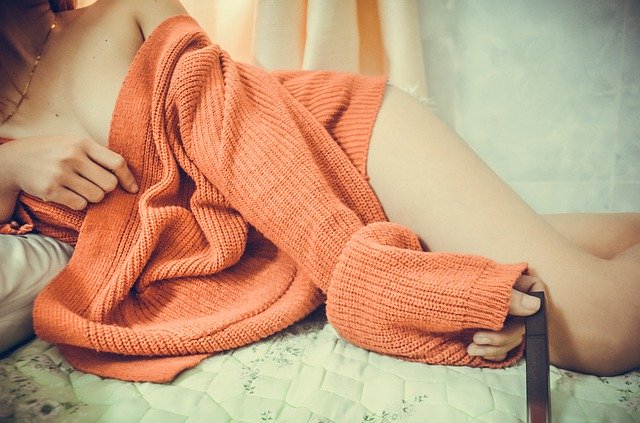 Writer-director Eric Byler has put together a quaint provocative gem that packs an emotional wallop. In the intriguing character study drama Charlotte Sometimes, Byler meticulously explores the dynamic intimacies of four intertwining relationships while serving up a first rate narrative. Fittingly probing, sensual, mysterious and raw, Charlotte Sometimes exudes passion and surprisingly is subtle in its approach at carnal deception and despair. As a filmmaker, Byler cleverly examines the isolation of his protagonists by placing them in an atmosphere of routine convenience where their psyches can be explored from an everyday perspective. Consequently, Byler’s exposition is vastly taut, revealing, and firmly perceptive. From the catchy and moody soundtrack to the flowingly crisp intuitive direction, Charlotte Sometimes radiates with invigorating absorption and clearly is one of the best films of the year.

Byler, a biracial individual with Chinese bloodlines, taps into a cultural pulse by having his main quartet of Asian performers balance this smart and amorous observational piece on their resilient shoulders. It’s quite refreshing to see people of color undergo the genuine complexities of human frailties while providing solid characterizations in what amounts to be a resourceful albeit low key psychosexual display. There are no stereotypical profiles nor are there any cliched caricatures to endure in Byler’s moviemaking mode. Thankfully, the characters are absorbing in their flawed skin and help bring about the feeling of tranquility and tension that propels this stimulating fable. Byler makes good use of his lighting and impromptu camera angles to highlight his compelling images and instill a sense of attitude, ambivalence, and vulnerability in his players’ fragile mindset.

Meet Michael (Michael Idemoto), a Los Angeles-based auto mechanic who toils away at the family-owned garage. Michael is quite reserved and set in his daily ways. When not trying to repair a greasy engine during the day, his leisurely pleasures consist of quiet evenings where he has his face in an interesting book or he may feel like frequenting the local nightclub for his adequate dosage of socializing. We can tell right off the bat that Michael is a decent guy. Heck, he even manages to make time for his Aunt Margie by occasionally dining with her. One cannot help but notice how alone Michael is but in his own words he would tell you that he prefers it this way. Now whether you believe him or not is entirely another story altogether.

Michael does get some company every once in a while from his petite and attractive female friend/tenant Lori (Eugenia Yuan) who lives next door. It’s plain to see that Michael desires Lori very much and had first befriended her at the same club he methodically attends a handful of years ago. Since then Lori has routinely slipped into Michael’s life and fancies herself his best buddy. Of course Michael would like to shake that “let’s just be great pals” mantra and seriously seek something romantic with the desirable Lori. Well, forget that notion because Lori already has a live-in boyfriend named Justin (Matt Westmore). Lori is certainly into her boytoy Justin and Michael realizes this fact and simply accepts it no matter how frustrating it feels to him.

Poor Michael is surrounded by awkward and pent up emotional baggage. He just cannot escape the situation of having his affection for Lori go unnoticed while she serves Justin the fleshy fantasy Michael wishes he could partake in with her. Whenever Michael is home and forced to cuddle up to a good book, he cannot drown out the boisterous lovemaking session that his beloved Lori and the lucky Justin engage in through those seemingly paper thin walls that separate their living quarters.

It’s pure anguish and quite insulting to see (or in this case hear) this couple burning up the bed sheets so passionately while Michael sits there listening to Lori groan and moan so approvingly. All this guy can do is be an unwilling observer to this fornicating festival that disrupts his true connection for Lori. And to top it all off, Lori cools down her erotic jets with Justin by seeking some in-front-of-the-television snuggle time with Michael like he’s some favorite uncle that’s innocently there to watch cartoons with her. It’s interesting how Lori uses her bodily charms to satisfy her two favorite men. With Justin, she can control him sexually and release her inhibitions on him without a moment’s notice. But with Michael, she can tease him innocuously with her curvy frame but still capture his attention through the platonic companionship to balance out her hot and heavy copulating sessions with Justin. Michael is such a non-threat in regards to Lori that Justin doesn’t even mind having his galpal use Michael’s place as a consoling pit stop to lay low and loose until she can refuel again and look for the sexual fireworks from him.

To dodge yet another evening where he has to eavesdrop on Lori and Justin doing the nasty for the umpteenth time, Michael decides to head over to the club where he spots a mysterious pretty woman who would later return a glance at him and eventually hook up with him. Later, she introduces herself as Darcy (Jacqueline Kim) and skillfully cozies up to Michael. They soon walk together in the busy dark streets and Michael gets up the nerve to invite the slightly acerbic and curious cutie pie Darcy back to his place where they share sketchy tidbits about themselves through drink and surface chit chatter. Darcy cuts to the chase and tests her new soft-spoken mate by throwing herself at him courtesy of a daring instant pass. Michael doesn’t bite the bait and insists that he doesn’t like “short cuts”; he wants to get to know Darcy thoroughly first. But the tempting brunette warns Michael that she doesn’t have much time to hang around and may be off once again. Regarding another late evening visit to house the couple seem to appear more at ease about what their expectations are with one another. Naturally, as Michael and Darcy continue to bond in the pitch black backyard their vibe is interrupted with the distracting screeching of Lori and Justin’s nightly sexual ritual.

It would be a matter of time before the foursome diligently seized the opportunity to pal around together. There’s Michael who’s the quiet and conscientious one; Darcy the brooding and indecisive beauty with the taunting aura about her; Lori the sexpot with the spontaneity; and Justin the indifferent cad who goes with the flow. Whether the crew crashes a neighborhood restaurant, playfully convene on the tennis courts or soak up the sun at a backyard cookout it is quite captivating to see this unit go through the motions while second guessing what their real intentions are toward each other. It’s a psychological chess game where this clique has to determine what moves to make in order to benefit their elusive motivation. Soon, everything begins to unfold and the audience begins to piece together a penetrating puzzle that Byler has manipulated into a challenging game of self-discovery. As the twists are revealed in terms of who is really who in this complicated yet fun web of tangled relationships we applaud the unexpected turn of Byler’s carefully crafted storyline.

Charlotte Sometimes is dutifully hypnotic and honest in its revelations. It’s obvious to see why this hailed project was nominated for two 2003 Independent Spirit Awards. Byler’s exceptional picture doesn’t cater to the flashiness of mainstream flicks that bombard the audience with overstated tactics as a means of pulling in the forced psychological suspense. On the contrary, Charlotte Sometimes is unassuming and doesn’t need to needlessly ruffle feathers so ruthlessly. Byler’s insightful feedback is profoundly evident and the shrewd gesture he incorporates in the film definitely sings volumes of creativity. The sparse dialogue accompanied by uncanny facial expressions, dark/light shadows to suggest angst or anxiety and hearty physical/sexual confrontations to extinguish the undefined numbness all contributes to this cohesive offering. This effectively works on the mind and the soul of both his on-screen creations and that of the movie-going audience there to witness the calculating emptiness.

No doubt that Eric Byler represents a welcomed new breed of filmmakers that usher in a unique perspective to appreciate movies that are properly perceived and constructed with personality, persistence and vitality. This is not just a major plus for the rise of Asian American moviemakers in contemporary cinema but a noted push for moviegoers of all dimensions to embrace the universal influence of a talented storyteller’s touch.

Did you like this review? To check out more entertainment news and movie reviews, visit Hollywood Insider.