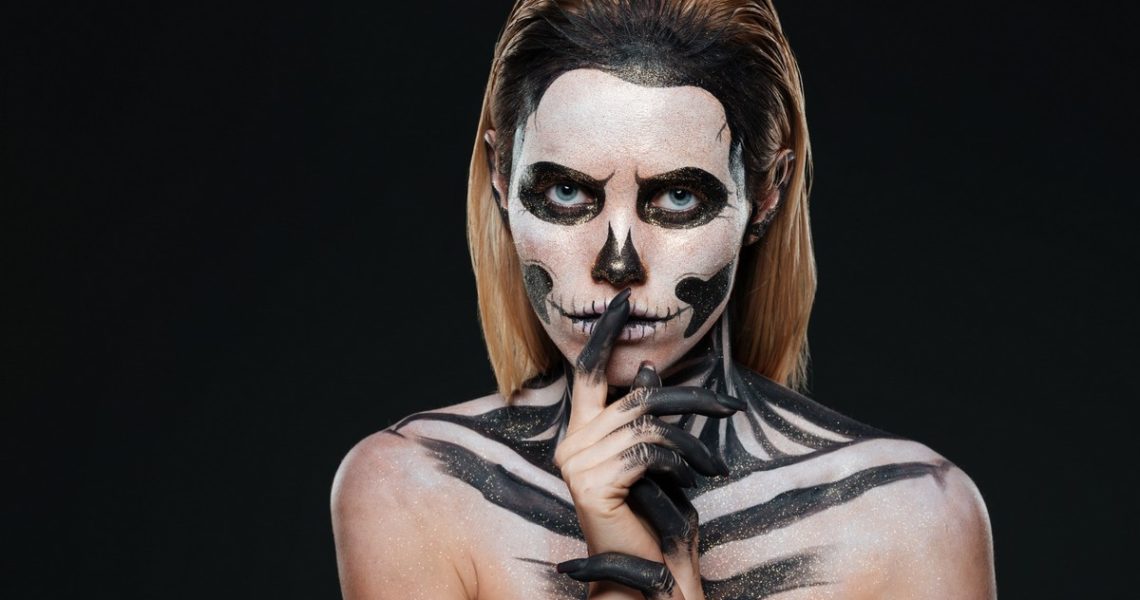 There should be a name for the spooky phenomenon that occurs after staring at a doll’s face for several minutes. You know what I’m talking about, don’t you? After a while, you half-expect the lifeless face to blink, twitch, or otherwise move. What do we call it Dead Silence since it’s so downright disturbing? Ah, no, that’s actually the title of a movie about staring at creepy ventriloquist dummies. Rather, the dummies in Dead Silence stare at you before making you die in a terrible, jaw-dropping way. James Wan, the director of the movie Saw, continues to express his passion for horror with this tale of a vengeful spirit and her creepy, doll-centric haunting.

“Beware the stare of Mary Shaw. She had no children; only dolls. And if you see her in your dreams, be sure you never, ever scream.” In Ravens Fair in the 1940s, there was an aged ventriloquist by the name of Mary Shaw, who supposedly went mad and kidnapped the boy who had called her a fraud during one of her performances. Enraged, the townsfolk cut her tongue out and killed her, burying her with each and every one of her dummies as per her will. Curiously, the families of those who had killed her began to suffer mysterious deaths in the years following… 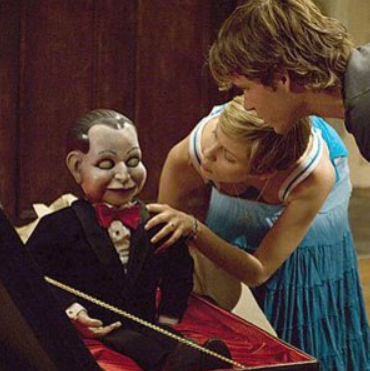 Jamie (Ryan Kwanten) and Lisa (Laura Regan) Ashen are a happily newlywed couple, content save for the fact that Lisa dies and has her tongue ripped out in the opening scene. What an odd coincidence! One could assign the blame to Billy, the haunted ventriloquist dummy that Jamie received in a package not minutes earlier, but that would be a lot of superstitious nonsense. At least, that’s what Detective Lipton (Donnie Wahlberg) thinks, and lets Jamie know that he’s the top suspect in his wife’s murder investigation. Eager to be proven innocent (or to remove the spiritual executioner’s axe from his neck), Jamie-boy sets off for Ravens Fair.

Only, the closer he gets to his solution, the stronger the haunting becomes. Billy seems to follow him everywhere, and he can’t seem to enjoy alone time without some tongueless apparition appearing to him. Before long, the people who have helped him on his way suffer the same horrific deaths, and Jamie finds himself in a perilous struggle with the spirit of Mary Shaw. If only defeating her was as easy as not screaming; the long-dead ventriloquist’s got quite a few tricks up her sleeves. 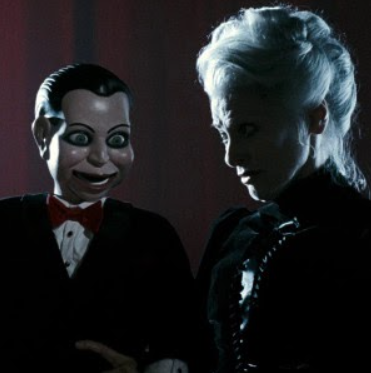 As far as horror movies go, Dead Silence is above average in all fronts despite being particularly orthodox within the paradigm of the genre. Jump scares galore, of course, yet this is made more tolerable by remembering that little precautionary poem. You’ll even be pleased to notice that Jamie does not scream. At least, not until- Oh, I wouldn’t spoil it for you.

Josh Green of FirstShowing thoroughly enjoyed Dead Silence’s gimmick, and I can see why. Building tension is a crucial aspect of the horror genre, and the one employed here is both creative and effective. Of course, as Mr. Green says in his review here, telling you any more about it would ruin the fun. So, happy watching, and remember not to scream!